Why video should be the cornerstone of your content marketing strategy.

As with many industries, the World Wide Web has slowly but definitively ensnared video production. Streaming platforms such as Netflix, Amazon and Apple are hammering the nails into the coffin of broadcast TV. Social Media platforms have forever changed the way people exchange and absorb information. Facebook and Google have re-written the code to favor video content because that’s obviously the type of content consumers want.

How did we get here seemingly overnight, you may be wondering?

Well, in a really small nutshell, toward the end of the 19th century, the analog telephone forever changed communication. About 100 years later, the 20th century was defined in part by personal computers, the internet and the mobile phone. But when Steve Jobs unveiled the iPhone early in the 21st century, it felt as though the world began spinning faster. It gave people everything they never knew they wanted (or needed) – a personal computer, mobile phone, constant Internet access, and yes, even ancillary amenities (so we thought!) like an HD quality camera and video camera – right in your pocket!

Like it or not there’s no going back. Everything has changed. The more important question is:

What Are You Doing About It?

Are you keeping up with the changes, embracing them and using them to grow your company or improve your work?  Or, are you among the countless many that I’ve spoken to who are still living in the past?

Regardless how you feel about all of these changes, and I must admit that I have some mixed feelings myself, from a strict business perspective there are some advantages.

It doesn’t take a marketing genius to determine from these stats that given the obvious addictions that we all have to our smartphones we should probably be designing marketing strategies that are (A) digital, (B) social, and (C) use video.

What are you doing?

This article was first published on VidProQuo 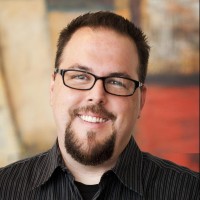 Before You Post Your Next Video, See How to Make it More Effective than Ever

Founder of VidProQuo, a simple solution that allows small businesses to add ongoing video production to their social media strategy.