Three Little Statements that have an Inimitable Impact on your Business

I’m not a big fan of conferences because the presenters usually, if not always, promote themselves and/or their business under the guise that you may learn something new and impactful. Recently, however, that changed from a conference I recently attended that really made me think “differently”.

It inspired me, it motivated me and most of all it educated me.

I came away with many new insights, ideas, and knowledge that I’ll boil down into three statements and/or questions that are all related to each other

The first statement I heard and immediately related to was “What keeps me up at night”? That is a loaded question from both a personal and professional perspective. For this RANT, I’ll keep it professional.

What keeps me up at night is watching and witnessing retail destruction. The demise of brick and mortar retail scares me from a multitude of perspectives, primarily as it pertains to employment bot at retail and manufacturing.

In my opinion, this is an indicator that all retailers MUST be aware of and change now. If the Big Guys are feeling the heat, with all their money and access to technology, what’s a smaller retailer to do? The fact remains, consumers want to shop/buy locally, but retailers seem to stay focused on “price” to drive sales instead of technology to increase efficiencies, create content, conversations, and connections.

When I discuss technology with retailers and brands, I get “the deer in the headlights” look, usually for two reasons; They don’t understand it or they think they can’t afford it … or usually both.

Then I look around and see signs everywhere with store closing and Plant closing and everyone immediately blames the internet for the retail debacle, or Asian manufacturing for the manufacturing debacle, which leads me to my next nightmare that keeps me up at night.

We don’t make stuff anymore and that’s because we don’t teach STEM – Science-Technology-Engineering-Math. I have a great mentor and he always talks about Sputnik – was the first artificial Earth satellite. The Soviet Union launched it into an elliptical low Earth orbit on 4 October 1957.

This shocked our nation into innovation and caused the space race. The launch ushered in new political, military, technological, and scientific development surge – the second American revolution.

Our education system is more focused on degrees in “nothingness”, with some institutions actually giving degrees in social justice which may be noble to some, but I’m confused how that degree helps us compete in STEM, which is the foundation for forward thinking, problem solving and innovation, ultimately with the goal of “making stuff”.

In a recent Wall Street Journal Article on June 5, 2011 by Douglas Belkin wrote; “Freshmen and seniors at about 200 colleges across the U.S. take a little-known test every year to measure how much better they get at learning to think. The results are discouraging.

At more than half of schools, at least a third of seniors were unable to make a cohesive argument, assess the quality of evidence in a document or interpret data in a table, The Wall Street Journal found after reviewing the latest results from dozens of public colleges and universities that gave the exam between 2013 and 2016. (See full results.)

The article goes on to state; ““At most schools in this country, students basically spend four years in college, and they don’t necessarily become better thinkers and problem solvers,” said Josipa Roksa, a University of Virginia sociology professor who co-wrote a book in 2011 about the CLA+ test. “Employers are going to hire the best they can get, and if we don’t have that, then what is at stake in the long run is our ability to compete.”

You can read the full article here:

I have many more nightmares I’m awake through relating to education, or the lack thereof, but because of content/word restrictions, I’ll keep it short for this RANT and expand on each subject in upcoming RANTS.

– or it’s too hard – it’s too expensive – it’s WHATEVER. It’s an excuse and easy way to QUIT. That’s it and that’s all you need to know!

I hear this so often and it takes many different forms. I remember when I had my marketing agency in the 90’s I prohibited the words “Can’t – Won’t – Don’t”. These words, to me were and still are defeatist and these two words, “It’s impossible” seems to have worked its way into redefining those three words; Can’t, Won’t and Don’t

Life is hard and business is even harder because you have other lives that are dependent on you whether they are customers or employees, or both. If you are a Star Wars Fan, Even Yoda “got it”.

In the home furnishings industry, which mirrors many industries in the United States, we have lost over 450 manufacturing plants, over 230,000 jobs, many of these job losses are related to furniture factories and related and supporting businesses, yet the scariest part is, according to Home Furnishings Business magazine we’ve lost close to half of the 60,000+ home furnishings and furniture stores during the period 2007 to 2015.

Think about your industry … can you relate?

Here’s an example. Yes, I know I’ve RANTED about this over and over, but my mentor has drilled it into me; “Water dripping on a stone leaves a mark”!

Here’s what is wrong with Retail.

Manufacturers don’t help their retailers with standardized product data. Why is that?

Is it impossible – too hard – they don’t know how – or does the arrogance of ignorance come in play?

Everything today is digital and everyone knows the facts 85% of all product searches start “On the Web”, AND 85%+ would prefer to shop LOCALLY.

To find what the consumer wants, the product, its information, warranties, dimensions, availability and more MUST be available. For that to happen, all this information must be in one location and available to stream, via API or other means to a retailer’s website with the data being updated at least once weekly, preferably daily. I tried to make this happen 3 years ago, offering to standardize their data for FREE and was astounded that 90% of all the manufacturers I approached had NO CLUE how to get the data, much less standardize it. One major brand had their product data in PowerPoint …. WHAT ????

NO data equates to NO presence which equates to NO/less than expected sales in the short or long term. I wonder why this is, because it’s NOT IMPOSSIBLE, it is required in today’s digital shopping environment

Retailers refuse to try understanding and engaging the new consumer.

It’s too expensive to have a great website and it’s too hard to maintain it, it’s IMPOSSIBLE. This arrogance of ignorance is why their business probably stinks. That 85% of people that shop the category probably won’t find what they are looking for and divert their attention and dollars to websites that do. You know, Wayfair, Amazon, etc. Simply because you don’t want to “invest” $699.00+/month to show everything you have open to buy because of ridiculous excuses like:

CREATIVE DESTRUCTION. I read this in a book by Charles Koch – The Good Profit and it was an Ah-Ha moment. It simply defined what I RANT about all the time. If it’s not broke, break it, because if you don’t do it, someone, or something else sure will. The term was coined by Robert Schumpeter, who taught at Harvard during the 30’s and 40’s.

Defined, Creative Destruction is all about creating the “new commodity, the new technology, the new source of supply and most importantly, the new type of organization.

Our industry doesn’t embrace this theory as it should. Think about the definition above. Is this happening to your business now because you have resisted change? The new commodity is the internet, the new technologies are everywhere that can help you sell more, the new source of supply is Amazon, Wayfair, e-tail and you’ve refused to change how you show, tell and sell. And lastly the new organization. You’ve kept the same people, the same processes and you’re doing the same thing over and over expecting a different result and you stand there confused … why you haven’t. Einstein

CREATIVE DESTRUCTION AND DISRUPTION IS EVERYWHERE

The short definition of DISRUPTION is defined as a “disturbance or problems that interrupt an event, activity, or process”. This is what is happening everywhere in the retail sector. CREATIVE DESTRUCTION & DISRUPTION is happening to retail brick and mortar retailers every day, and I bet it scares the heck out of you and your operations. If you aren’t scared, you should be. 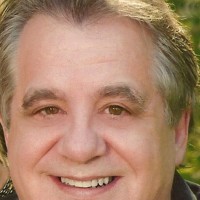 Email Marketing Turns 40 This Year (and 10 Other Fascinating Facts)